Methodology and principles of operation

Plasma is a highly ionized gas. In order for an ionized gas to be considered a plasma, it must exhibit collective behavior and quasineutrality. This is an approximate equality of the concentrations of positively charged ions and negatively charged electrons. Plasma contains free electric charges, so it is electrically conductive. Thanks to the electrical conductivity, a strong magnetic field also acts on the plasma.

Plasma is what the nitro stars are composed of, plasma can also be found in the magnetospheres of planets. Our earth is the only one of the few objects in the universe where plasma is rare. Nevertheless, we are slowly beginning to discover it not only in the ionosphere and mysterious laboratories of plasma physicists. It is on the example of plasma television that we can understand the role of plasma within the entire universe. This is the basic medium for the transmission of information.

The plasma related states make up 99% of all visible matter in space. On the contrary, the only non-plasma oases are rocky planets and moons. The whole universe speaks the language of frequencies, and if we want to decode this language correctly and further spread it, for example, for therapeutic purposes, we cannot do without this fourth state of matter.

Thus, plasma is an ideal medium that acts de facto as a mixer of electromagnetic signals. The plasma tube emits electrical and magnetic spectrum reaching up to the terahertz manifested by the red color of the plasma.

Thanks to its round shape, the unique plasma tube also emits the so-called Zenneck soliton waves. Zenneck’s wave then acts in various parts of the body – for example in cells or tissues. The action of Sensitiv Imago Plasma is based on Kirchoff’s law of physics: “Molecules are able to absorb radiation of the same frequencies that they emit themselves.”

If the frequency of energy emitted by the plasma tube corresponds to the emission, and therefore also the absorption frequency of the organ, there is a targeted stimulation of specific nerve pathways and support of the electromagnetic activity of the body, which results in compensation of pathological processes. 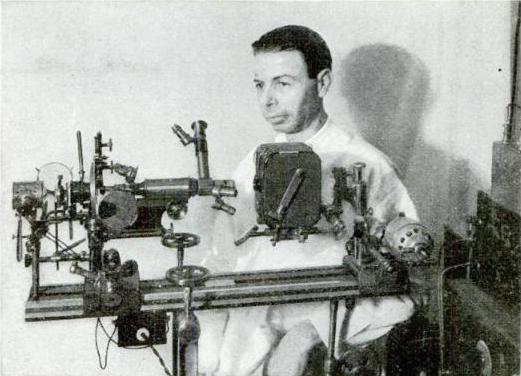 Today’s science has not yet “understood” all the thoughts and ideas of the genius inventor Nikola Tesla, and many of them have “disappeared”. Unfortunately, the same fate befell the revolutionary discoveries of the top scientist and microbiologist Dr. Royal Raymond Rife, who started a new science in the 1940s – electromedicine. It will soon be almost a hundred years since the time that these methods of treatment were a taboo and overlooked. Yet they are slowly finding their place in official structures in slow steps as the new consciousness of humanity gradually begins to awaken.

The biological behavior of an organism can be controlled, for example, by electromagnetic impulses, as well as it is possible via the biochemical processes from pharmacological drugs.

Cell biology has already found that in addition to the traditionally perceived structure of receptors in the cell membranes that receive and respond to physical molecules, there are also antenna-like structures, such as primary cilia, that respond to vibrations. The antennas vibrate like tuners on these “energy” receptors. If vibrations in the environment resonate with the receptor antenna, the protein charge and the receptor change shape as the receptors can read energy fields.

So, the view that cell physiology can only be affected by physical molecules is now considered obsolete. The biological behavior of an organism can be controlled, for example, by electromagnetic impulses, as well as by biochemical processes of pharmacological drugs.

Our facility combines several cutting-edge technologies and knowledge from the field of quantum physics, frequency medicine and cell biology.

First, it is the principle of a plasma generator that generates frequencies that are fed to your client through a unique lamp. Furthermore, the production know-how of a unique DNA frequency database of pathogens, thanks to which the device can achieve more efficient results. At the same time, the database is open for individual additions based the operator’s requirements. The unique frequency range of operation of Sensitiv Imago ™ Plasma is in the order of Hz and kHz up to 900,000 Hz. This methodology has already proven its effectiveness in various fields.

The most effective use of Sensitiv Imago® Plasma is observed in the following areas of holistic medicine: